The article below was published this morning on Gorkana.

Crisis management plans can be unwieldy, impractical and, therefore, redundant. Jason Nisse, partner at Newgate Communications, tells us why the corporate comms specialist has created a new model. 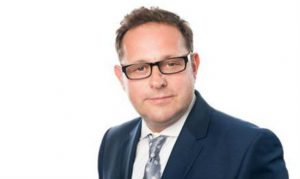 Earlier this year I was advising a client on a rather unpleasant issue that had grown into a full-on, international crisis.

It involved all the sorts of things you might expect – hastily arranged conference calls with critical people dropping off the call because of poor phone signal, statements which had to be drafted and redrafted in short order, social media spikes which might, or might not, have related to the crisis itself.

In the midst of it all, one senior executive joined a call and asked whether we were following the procedures set out in the group’s “Crisis Manual”? The truth was, we weren’t, and that was because it was over 60 pages long, and hadn’t even been looked at by some key members of the team. Later on, however, someone was tasked with retrospectively reviewing whether we had followed the processes.

This all goes to show the shortcomings of crisis manuals – or ‘bibles’ – in the modern communications environment. Often, because the legal team or the insurers have insisted upon it, it is widely-adopted best practice for an organisation to have one of these documents.

Venerable consultancies are asked to help draft them, typically producing a document that deals with all of the possible permutations of challenges that a crisis might throw up – dealing with the media, communicating internally, informing stakeholders, customers and investors, and trying to keep some control over social media.

As a result the documents have grown and grown, ending up with 50, 60, 70 or more pages, often with colour coded escalation grids, forms to fill in, communications theory and the like.

But what serious person would want to wade through pages and pages of a crisis manual when the world is falling in? Who has time? All any halfway decent communicator wants is a manageable document that says simply who should do what, when, how and in what tone of voice.

This is why we at Newgate have started working with clients to develop what we call ‘new generation crisis bibles’, which are short, simple and shareable.

These documents clearly tell the team working in a crisis environment the exact information they need to get the job done. We’ve made our new bibles shareable via all digital channels, as well as in old-fashioned hard copy, and as far as possible we’ve used diagrams and infographics because, in the words of Telly Savalas: “a picture paints a thousand words”.

The idea is not only accessible, it’s popular and we’ve already developed quite a few:

If a picture paints a thousand words, just think what a video can do. With that in mind, we recorded a short, simple and shareable video to explain what we’re up to. We hope to kick-start a revolution to ensure that, next time, we’re all crisis-ready.